Music For the Mind 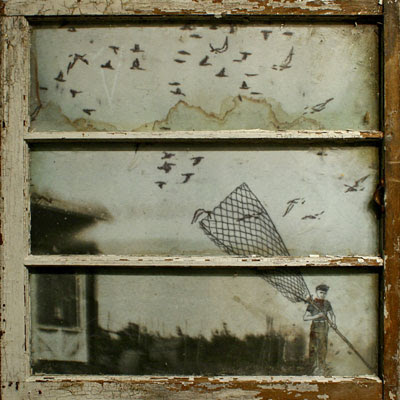 Let me take a minute and introduce you to two bands that will make you think you’re on an acid trip when you’re not and remind you when you are. Son Lux and Riceboy Sleeps. Let’s start with the latter…

Sigur Ros frontman Jón (Jónsi) Þór Birgisson and his boyfriend Alex Somers made a conscious decision to begin making art together in the summer of 2003. Their work began as a musical collaboration but evolved into still images, videos and storytelling (as well as music). Their work is known today as Riceboy Sleeps. Most people have become familiar with Riceboy from their recent appearance on the prolific Dark Was the Night album created by the Dessner twins of The National. Riceboy’s two previously released tracks accompany videos and a storybook found under the Riceboy Sleeps name. Watching these videos and listening to their sounds becomes this mind-blowing, ethereal experience. So much so, that I only “do” Riceboy if they have my full attention. If you appreciate anything similar the sounds of The Album Leaf, Explosions in the Sky, Mogwei or Sigur Ros then Riceboy Sleeps will give back every second you give them.

The second and a personal favorite is Son Lux. I’m a guy who hates mash-ups and seldom enjoys a remix. Because, for all of the remixes out there very few are actually good. Ryan Lott who is Son Lux, is a guy who does them right. He is one of the industry’s most sought-after “remixers” for his work with artists such as Mute Math, My Brightest Diamond, Beirut, Anathallo and several others. Alongside his remixes, Lott has recorded his own debut album At War With Walls & Mazes. It’s crazy to think that one of last year’s best albums was done in between Lott’s day-to-day job of writing jingles for TV and radio commercials.

Audio clip: Adobe Flash Player (version 9 or above) is required to play this audio clip. Download the latest version here. You also need to have JavaScript enabled in your browser.

Audio clip: Adobe Flash Player (version 9 or above) is required to play this audio clip. Download the latest version here. You also need to have JavaScript enabled in your browser.